Back to all posts

The expectation we have of the sample libraries that we work with is that they have a lot of velocity layers, multiple round robins, controls over dynamic expression and more.

Today's review is about a sound design and percussion library that was made from the recordings of a luthier classical guitar. Sul Tasto, is a library that isn't instantly rewarding : It requires a bit of patience to help our creativity reach new boundaries but it does so, in a very fun way.

Contrary to a lot of libraries out there, Sul Tasto weighs the weight of a modeled instrument with a little over 70Mb and 108 samples on your hard drive. It runs with the full version of Kontakt 5.6.5 and features two mic placements, one that is close to the player and another one further away.

The samples played 'dry' or 'as recorded' are a combination of percussive hits on the body of the guitar, faster and slower scraping sounds on the strings and other sound effects from the instrument. In context, and without doing much to the samples, you could easily accompany the performance of a guitar player as featured in Visionary Robots Industries' video : https://www.youtube.com/watch?v=QlUyGWLbqrQ

The black and white nodes don't give you any numerical value, that forces you to 'use your ears' but also, to experiment, do things that are over the top maybe... but at the same time trigger your creativity.

On top of that, you also get an edit page per channel with :

And a general master section with :

Should I get this library?

It may be confusing not the have the usual velocity layers, round robins, presets that can be found in most sample libraries. A lot of developers emphasize the production-ready quality of their libraries, and while Sul Tasto isn't completely void of it, its real fun is in experimentation, taking the sounds apart to make them be other things than what they originally were.

I'd be lying if I said that the library blew me away from the start. I didn't quite know what exactly to make out of the sounds at first. But when really taking the time with the onboard effects, I saved a first patch, then another, and another. And realized that I was really having fun with the library and wanted to make more of my own sounds out of these.

The other quality of Sul Tasto, is that its sampled foundation is original. So if you're looking to make a drone out of a pencil hitting some guitar strings... well you can! The library works particularly well with cinematic and horror genres but works really well in a pop context too. 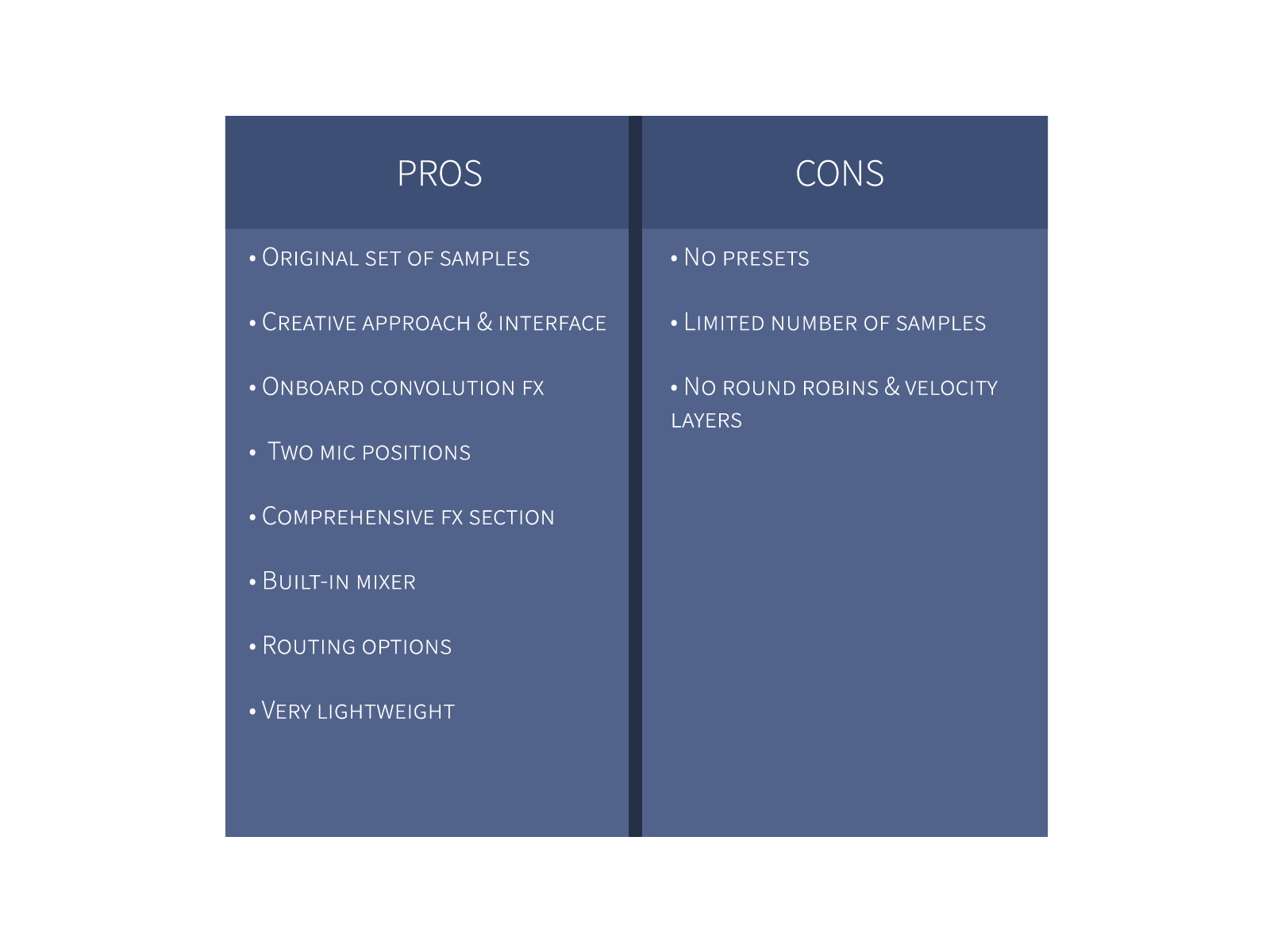